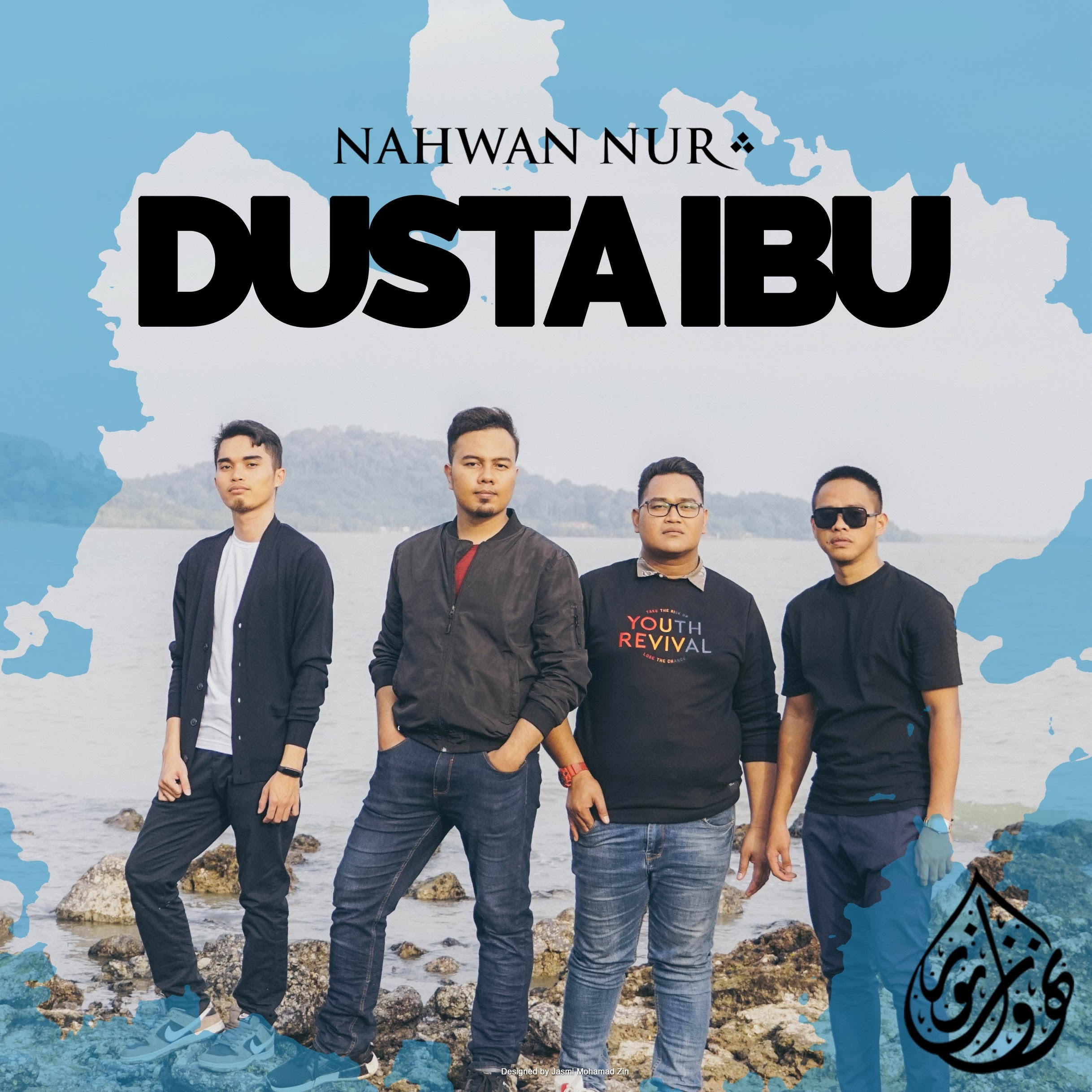 April, 14 2020 - Local Nasyid group Nahwan Nur has published their fifth single titled Dusta Ibu. A song by Wan Saleh and written by Ajie who both are UPM alumni. The song is about the sacrifices of a mother who has to conceal her efforts in ensuring the greater good and happiness of the family. A mother who would endure hunger, exhaustion and hardships all for the sake of her children's well-being and education.

According to one of the group member, the song is recorded in early September, last year. However a delay occurred due to pending approval from Inteam Digital and waiting for a turn in a packed schedule of recording along with other nasyid artists. Because of that, Nahwan Nur then took the initiative to record the music video for the song in light of releasing it simultaneously on all Digital Platforms.

The music video is directed by UPM Alumni, Jasmi with help from Mino of Inteam Digital. The music video sets in areas of Pasir Panjang, Negeri Sembilan which includes Kampung Balak and Pulau Asam. Besides that, locations in UPM are also used as a setting in the making of the music video which are Tanah Perkuburan Islam UPM and Pejabat Am Astaka Seni. The video casts UPM student Ahmad Fitri Khalis Mohd Ghazali and a UPM staff Puan Noormah Isma'on.

Interestingly enough, the song is published while Malaysia is fighting against the Covid-19 pandemic. A scenario in which Malaysians and people from around the world are going through Restricted Movement Orders has been a factor in the hit among the audiences at home.

A song that reaches to emotions of IPT students specifically UPM students that are unable to return home. A theme that is familiar to this song also considering the families who has lost their dear mother will truly touch their hearts.

To all Nasyid enthusiasts and local music supporters, you can check out the Dusta Ibu music video on Inteam Digital's YouTube channel and stream the song on iTunes, Spotify, JOOX and other digital platforms. Happy listening and enjoy.