Application for admissions to UPM for recruitment annually is via Online Application coordinated by the Student Entry Management Division, Department of Higher Education Malaysia.

Applicants may access the Website http://upu.moe.gov.my/ for complete information on the general terms and requirements of the Program and subsequently submit an application via the Online Application after the advertisement on the main local newspaper.

Universiti Putra Malaysia (UPM) emphasizes the current needs and comfort of its current student, who is studying at UPM. Hence, UPM provides a variety of technology equipment and facilities to ensure the comfort of students. Apart from that, various non-academic programs and activities are being conducted for current students so that they are happy at UPM and at the same time can balance academic achievement and soft development for sustainable living.

Moving out of the ivory tower as an outstanding graduates of UPM does not mean that your relationship with the community here stops just like that. Former UPM graduates are welcome to join the UPM Alumni Association, which is specially set up to strengthen the bonds of relationships as well as beneficial networks of expertise variations. In fact, many of the members of the UPM Alumni have been appointed as ambassadors for their big contribution in their respective fields, leaving a huge impact on society and nation - as well as bringing the name of the university internationally. Since 1971, UPM alumni has reached over 145,000 people - not only from Malaysia but from across the globe covering Australia, Iran, France, Myanmar and Saudi Arabia. Armed with a passion for strengthening the reputation of formerly respected university community, Alumni UPM has now successfully shared great ideas and voiced critical views for dynamic university development in realizing its vision and mission. For those who are interested to know the details of the UPM Alumni Association, please visit the Official Website of the Alumni Center and the Alumni Association at any time. 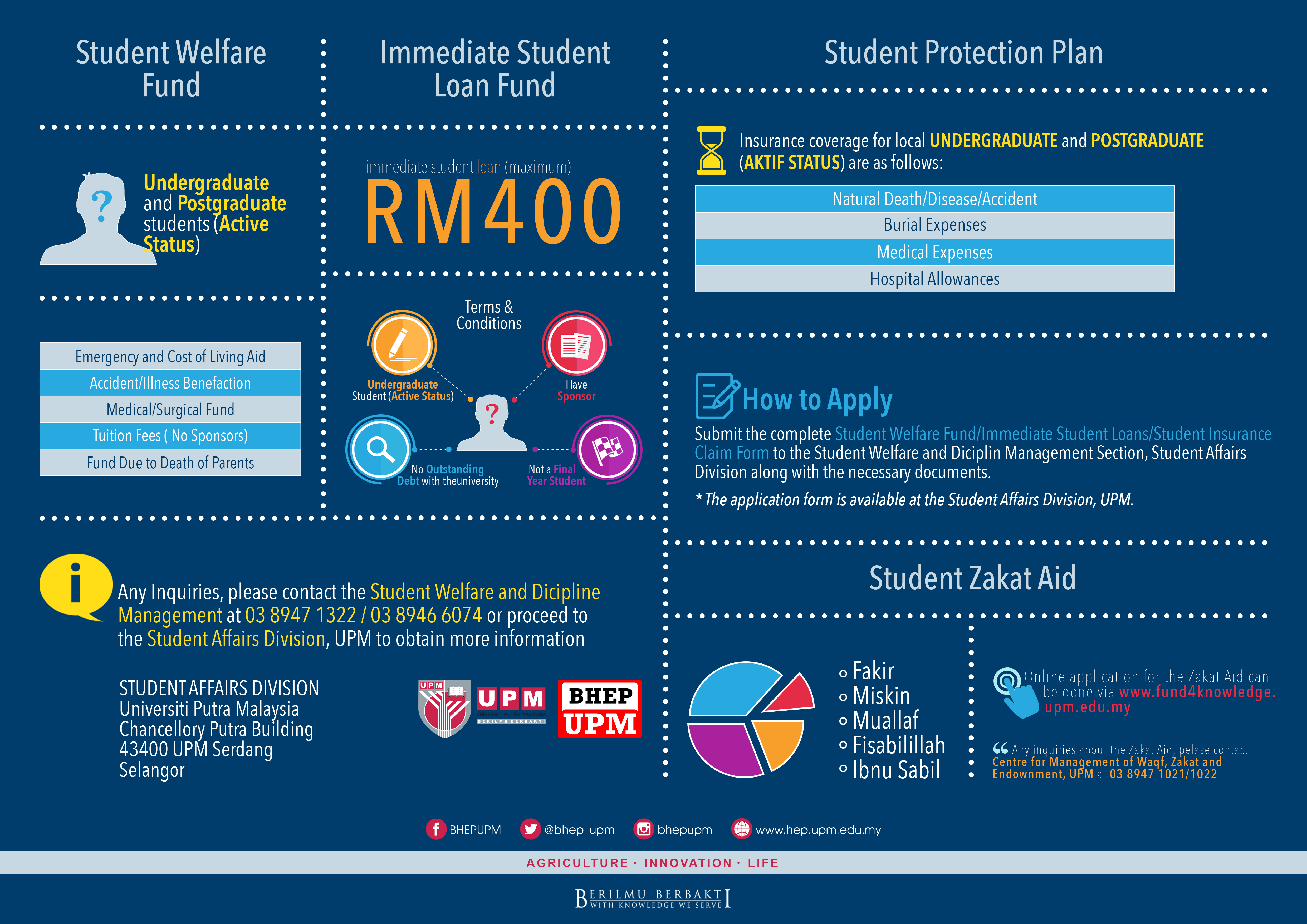 Any inquiry and questions can be contacted :

The BHEP e-Channel Newsletter as a digital information medium for broadcasting all news and information about Student Affairs Division and student activities.

article
COVID 19: All students that intend to return to their hometown MUST FILL in information in the Students Movement Information System.
Greetings to all, the Students Movement Information System is now fully operational! It’s specially intended for students in the campus site or near campus that plan to return to their respective home. Please visit:- https://iptpulang.malaysia.gov.my
more... 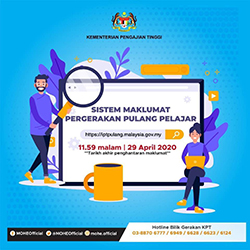 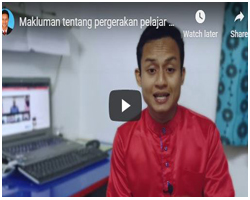 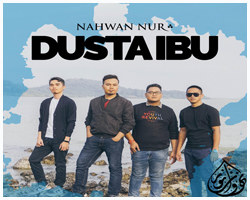 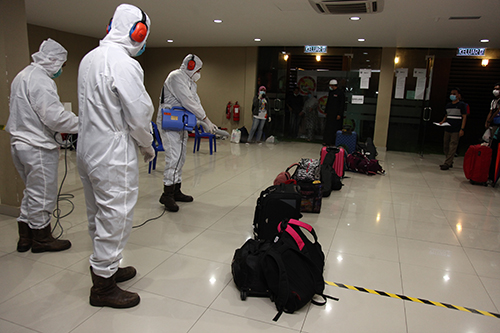 COVID19: HOMECOMING FOR 102 UPM STUDENTS
April, 27 2020, UPM Serdang - A total of 102 students were successfully sent back home after the Government announced the permission to do so on the 24th April 2020. The Ministry of Higher Education (MHE) gave a good support for the Government’s decision on sending back the students who were stranded in their campus, since the First Phase of the Movement Control Order (MCO). Following the announcement, UPM took an aggressive approach in managing all the students who wish to go back home, considering the approaching Aidilfitri when students will need their family even more. UPM has even collaborated with PDRM, KKM, MKN and KPT in regulating this massive movement of students, going back to their respective home, as per the standardized obligations and procedures.
more... 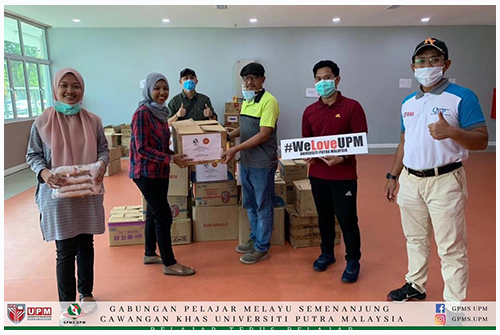 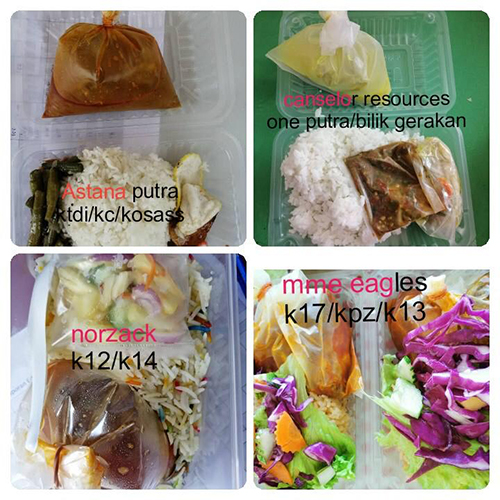 What are the documents needed to be brought by students if they plan to apply the self-propelled vehicle movement?
A) Movement Approval Letter from MoHE (KPT)
B) Supported Letter by UPM
C) Permission Letter by PDRM
D) Industry training confirmation letter (for intern students)
E) Self-declaration form (to declare that you are healthy)
F) Forms from PKU

Are students allowed to travel back alone without the knowledge of UPM or Student Affairs Department (BHEP)?
It is absolutely not allowed. Students are under the responsibility of Ministry of Higher Education (KPT) and UPM. Hence, moving without a verified document is considered as a crime and violation of the Movements Controlled Order (MCO).

Are students allowed to travel across the state?
Cross-state movement is allowed by taking the university bus only.

What are steps needed to be done by intern students who are far from the campus if they plan to move across the state?
Students should notify any nearby Higher Educational Institutions (IPT) for permission to have a ride.

Are intern students allowed to across the state by using their own vehicles?
No, they can’t.

What is the return journey for students that miss to fill in the form prepared by university?
Students are not allowed to return home without the permission of the MoHE and PDRM.

How can I get supported letter from the university?
The University will issue a letter of support to students who have been received approval letter from MoHE only. The letter will be given in accordance with the schedule of movements set by the MoHE.

COVID 19: All students that intend to return to their hometown MUST FILL in information in the Students Movement Information System.

Greetings to all, the Students Movement Information System is now fully operational! It’s specially intended for students in the campus site or near campus that plan to return to their respective home. Please visit:-

Follow the instructions given and fill in your information. Do not forget to publicize and share this information with all your friends in Institutes of Higher Education (IPT). This information system will be the main reference regarding student movement efforts. Come on and let’s give a hand!

GUIDE TO THE STUDENT RETURN 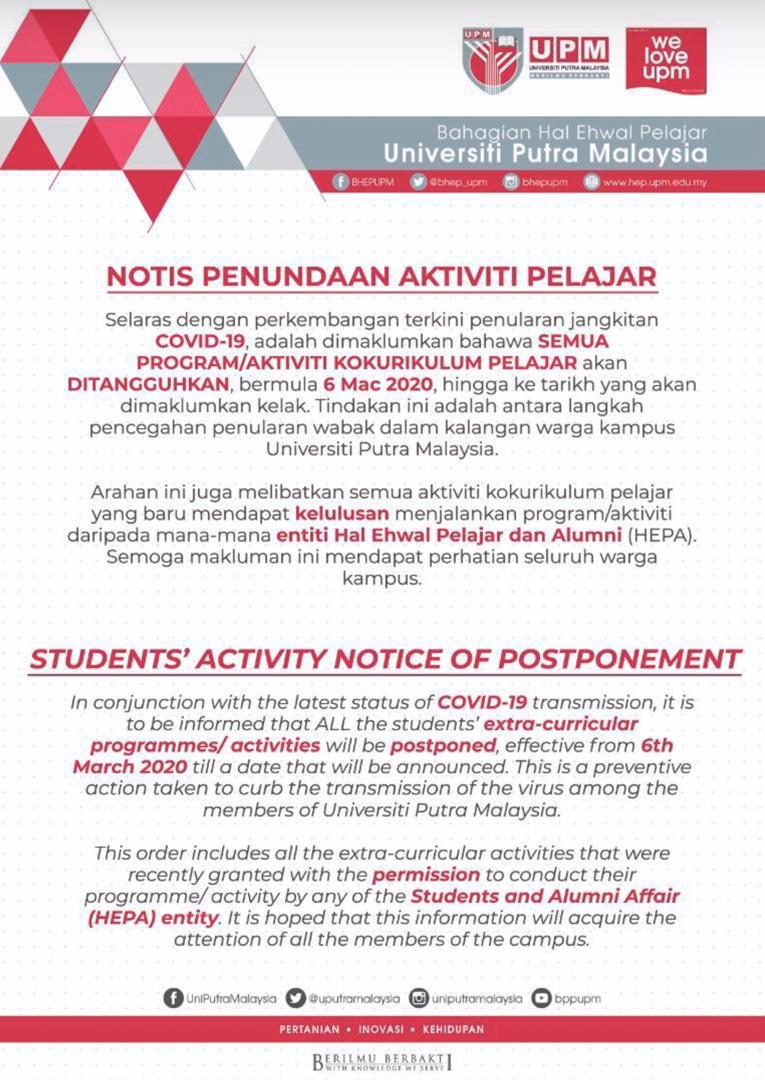 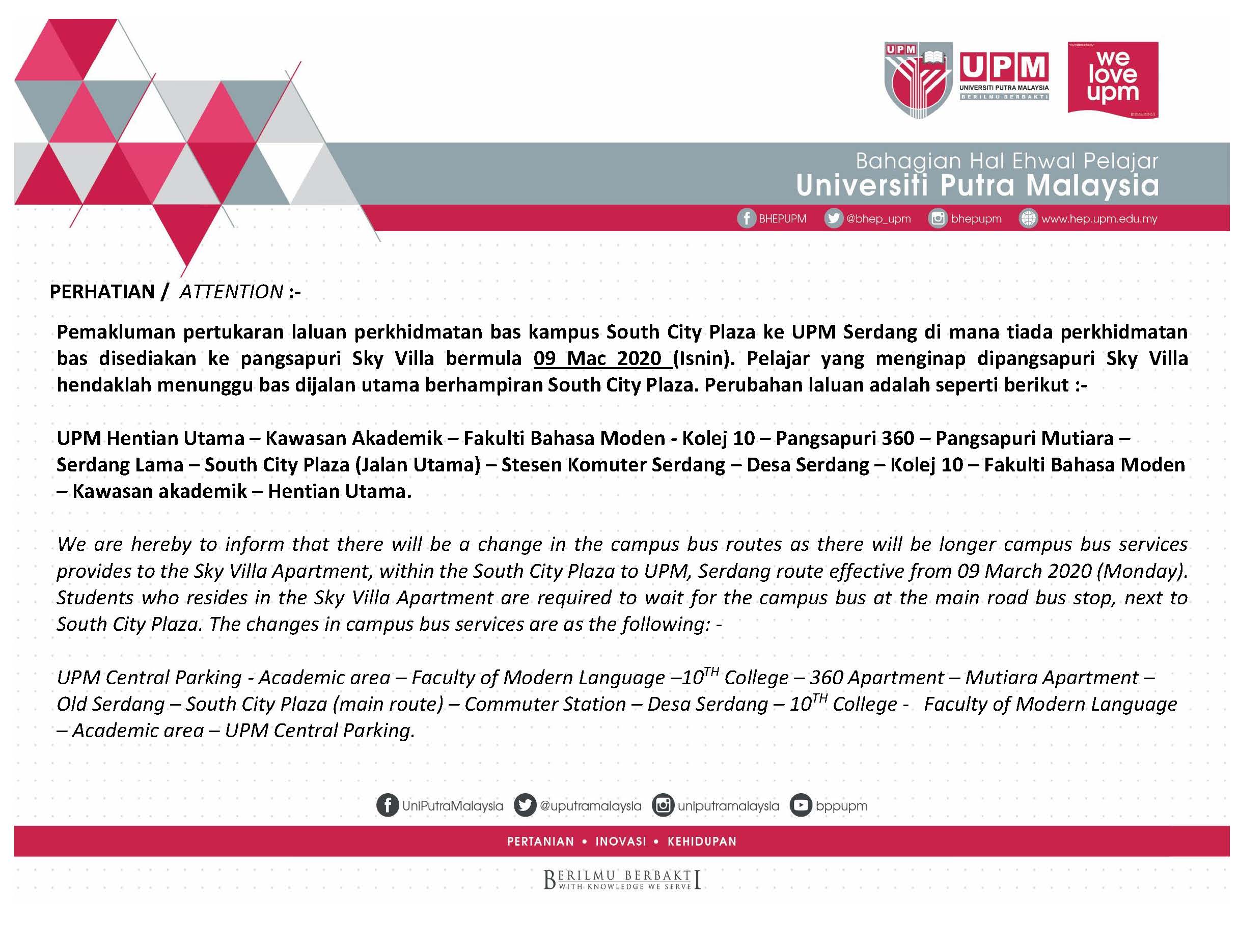 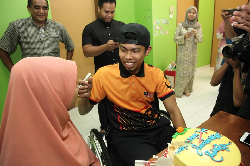 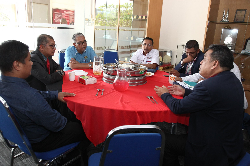 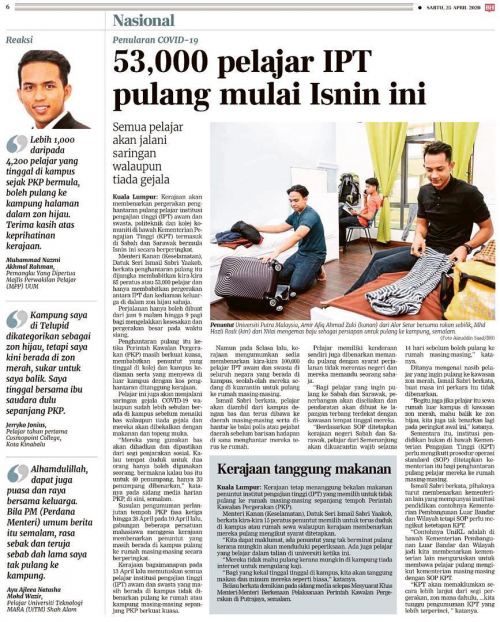 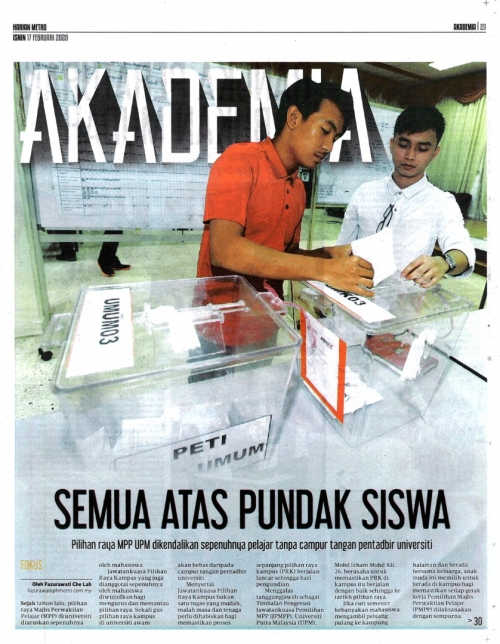 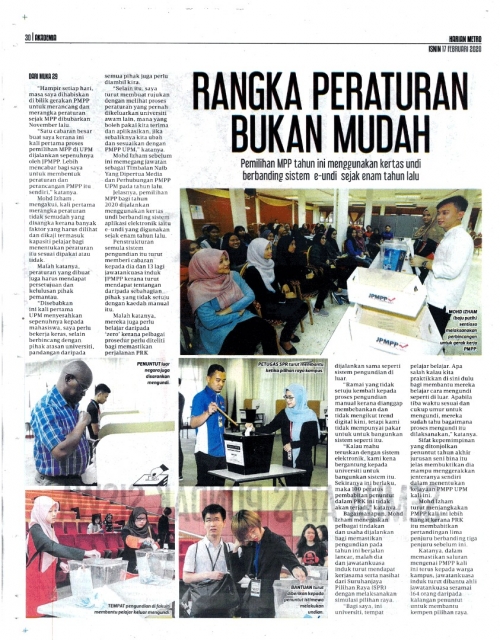 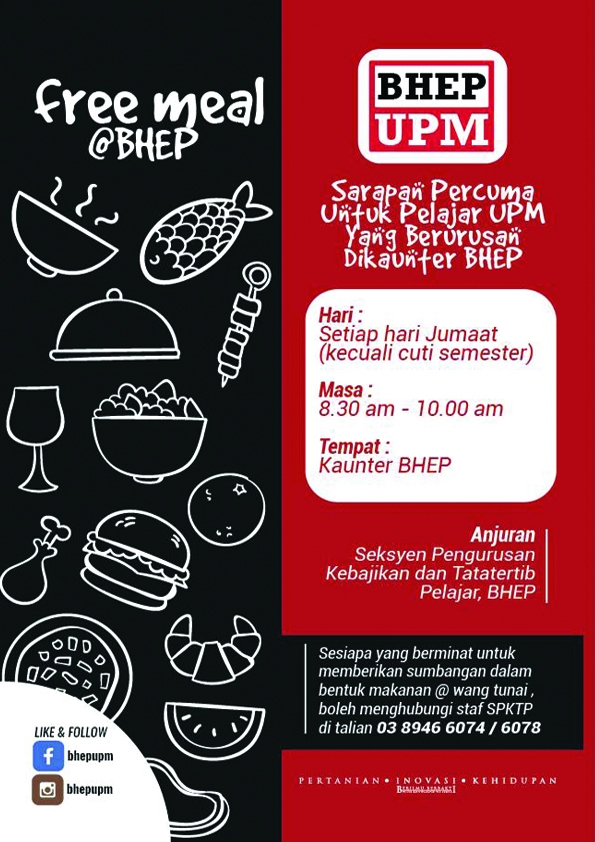 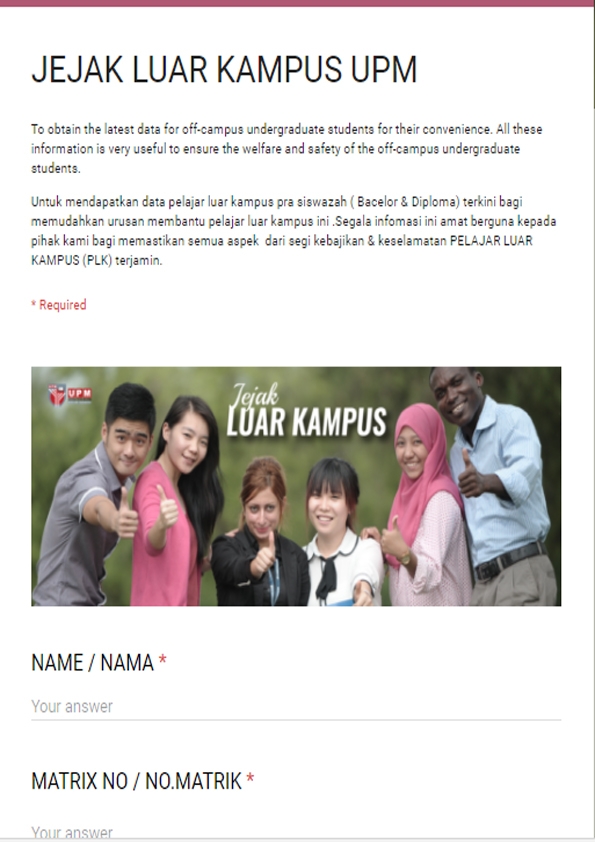